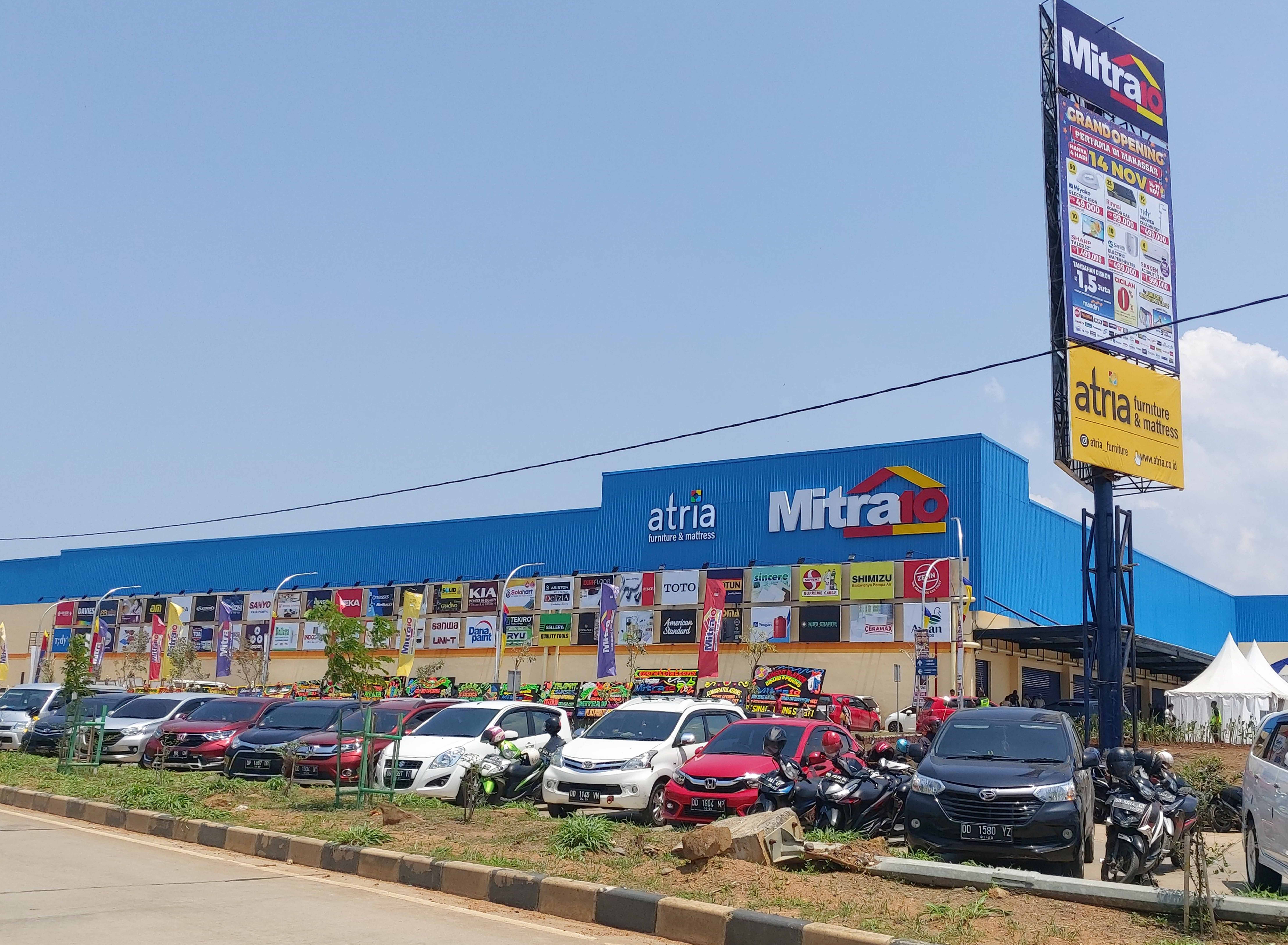 Mitra10 has officially opened its flagship store in East Indonesia located right at the heart of Tallasa City, Makassar. The Grand Opening was held on 14 November 2019 and attended by the top management from PT Catur Sentosa Adiprana (CSAP) and FKS Land.

The 33rd outlet of Mitra10 in Indonesia was a joint partnership between CSAP and FKS Land to answer the rising public’s demand for a good quality building and home improvement materials in East Indonesia, especially Makassar.

The store which occupies around 1 ha of land, offers up to 25,000 stock keeping unit (items) starting from flooring, paint, ceramic, granite, roof material, and many more.

Another remarkable step from Tallasa City in realizing its ambition to be the most integrated modern township in Makassar through the actualisation of its #HidupLebih campaign.