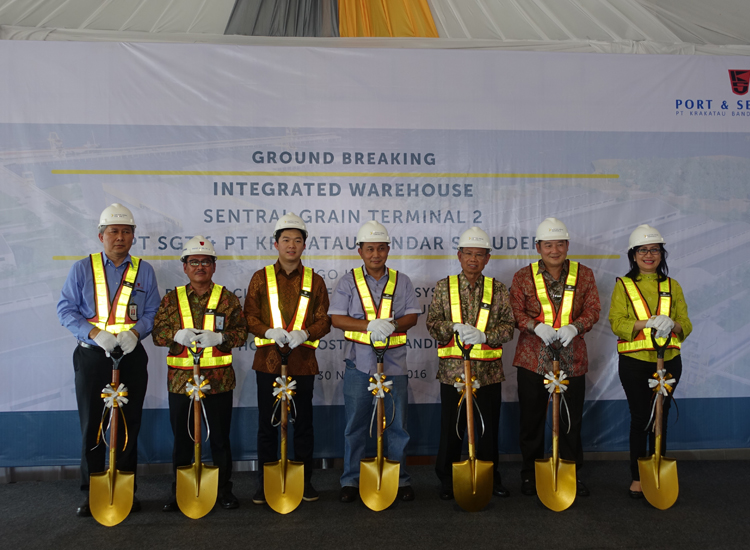 The new facility is believed to be one of the biggest in South East Asia region with the total storage capacity of 200,000 Metric Ton (MT) for flat storage and 100,000 MT for silo, which was almost twice the capacity of the existing warehouse facility that only capable to hold up to 180,000 MT.

KBS, who managed the area, believed that in order to improve the logistic activity in Cilegon, a new facility that could offer a more sophisticated technology to improve the cost and timing efficiency is urgently needed.

A groundbreaking ceremony attended by the top management from both parties was commemorated by planting the first foundation piling to mark the beginning of the construction process that is scheduled to be finished in the end of 2019.